W.S. Hills Building to Be Restored 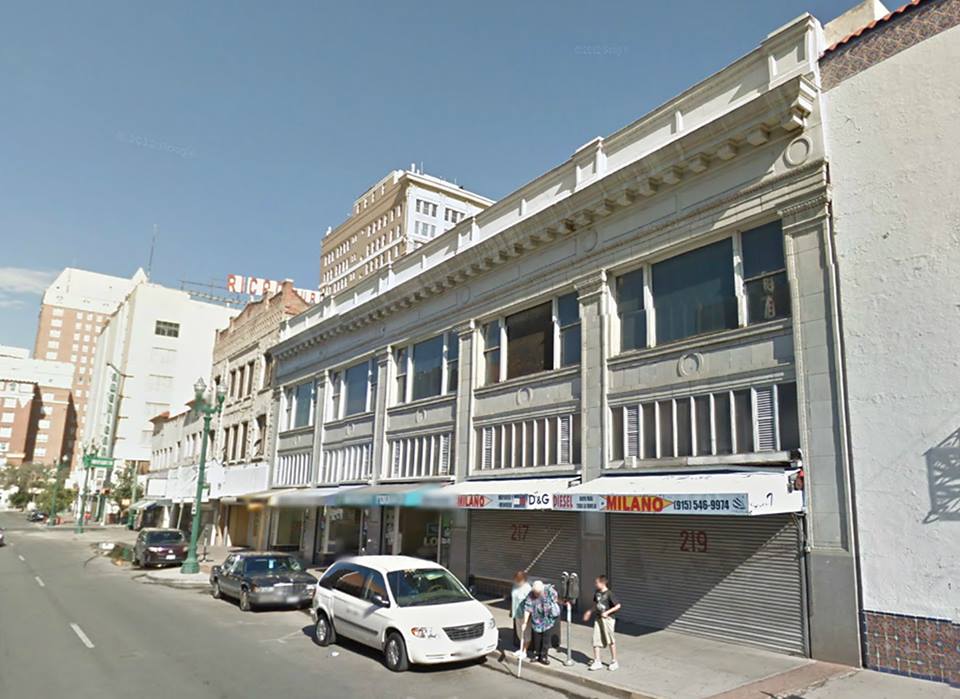 We are pleased to announce that the W.S. Hills Building is under restoration! Designed by Trost & Trost in 1926, the trapezoidal retail edifice has two facades: one on E. San Antonio Ave. and one on Texas Ave. It has a concrete foundation, reinforced concrete piers, and expensive marble revetment. It was erected at a cost of $70,000. The iconic artist Tom Lea once had his studio in the upper floor, facing north.

Mr. Hill arrived from St. Louis in 1879 to investigate the real estate holdings of a St. Louis firm. Mr. Hill realized the potential of growth in the area and established himself as a realtor and constructed the first two story building in the settlement of adobe structures. The new building served as a residence and office. It sat on the site where the current Hill building stands today.

Mrs. Hill arrived three years later with their son. Mr. Hill died at the turn of the century and later Mrs. Hill moved to Grand Rapids, Michigan. Mrs. Hill before leaving El Paso hired the firm of Trost & Trost to design a two-story building on the site of the original one in memory of her husband.