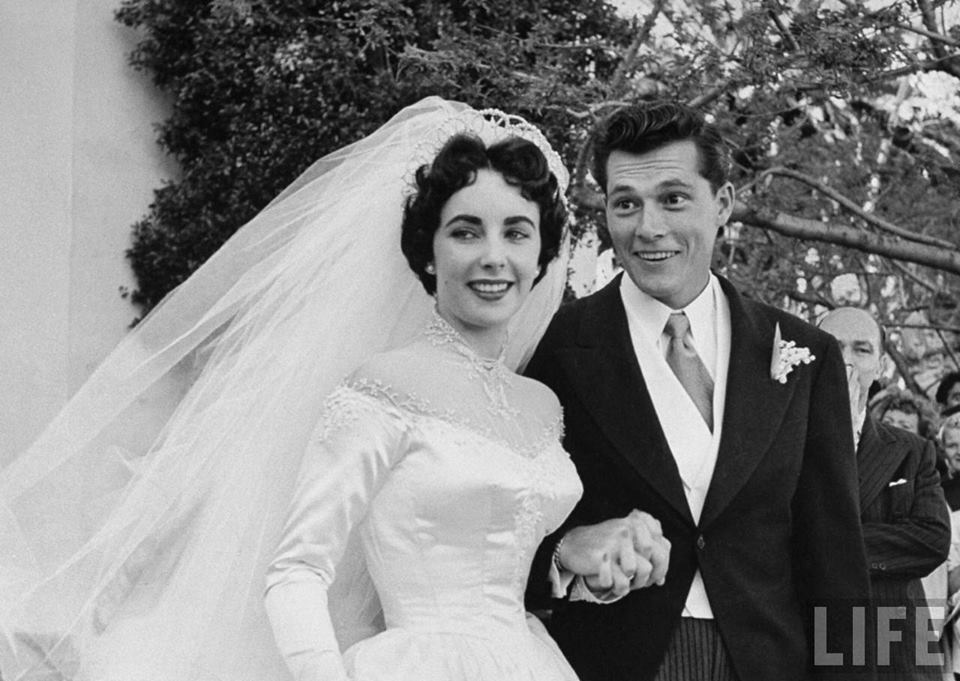 Elizabeth Taylor visited the Sun City at least once before her marriage to Conrad “Nicky” Hilton Jr., and likely lived in Downtown El Paso during their marriage. Taylor gave an El Paso Times reporter an exclusive interview during her visit to El Paso on March 29, 1950, five weeks before her wedding to Hilton. The reporter, Ruby Stearns, interviewed Taylor, then 17, with Taylor’s future mother-in-law, Mrs. Mack Saxon, and her mother Francis Taylor. During the interview, Hilton was playing golf at the El Paso Country Club. Elizabeth Taylor, her mother and Saxon planned on spending the afternoon shopping in Juárez while Hilton was out golfing. Taylor also gave Stearns details about her wedding, which was being planned for May 6, 1950 in Beverly Hills. Elizabeth Taylor and her husband lived for a time in the Plaza Hotel, which had been erected in 1929-30 by the firm Trost & Trost. Their marriage lasted only seven months.

Her lovely violet-blue eyes sparkled as Miss Elizabeth Taylor, “Liz” to her friends, chatted about plans for her wedding to Conrad N. (Nick) Hilton, Jr., in her Hilton Hotel suite Tuesday morning.

The youthful movie star is here visiting Mrs. Mack Saxon, mother of her future husband. Mrs. Saxon, Miss Taylor and the latter’s mother, Mrs. Francis Taylor, herself a glamorous-looking, charming person, were planning an afternoon shopping trip to Juarez, while “Nick” enjoyed a round of golf at El Paso Country Club.

The couple will be married at 5 p.m. on May 6 in the Church of the Good Shepherd in Beverly Hills, with the Right Rev. James Concannon officiating.

Miss Taylor told me the names of her attendants and other wedding plans, but would not describe her wedding dress, in keeping with the bridal tradition that it must remain a secret from the bridegroom until the wedding day.

The dress, however, is being designed by Helen Rose of MGM Studios, as are the gowns of all the bride’s attendants, and will be presented to the bride and her attendants as gifts from the studios.

After their marriage, the couple will sail on the Queen Mary for a three-month honeymoon trip to Europe. Upon returning they will live in Hollywood, “probably in an apartment for about a year, before we build a home,” Miss Taylor said.

Miss Taylor was wearing a smoke blue silk print frock with gold earrings and gold charm bracelet. A small diamond-encrusted antique brooch was fastened at the V-neckline of the dress.

Miss Ann Westmore will be maid of honor of the wedding. Barron Hilton will attend his brother as best man, and his wife, Mrs. Barron Hilton, will be one of the bride’s attendants.

The wedding reception will be held in the Bel Air Country Club following the ceremony.