A Second Chance to Save Downtown - Trost Society

A Second Chance to Save Downtown 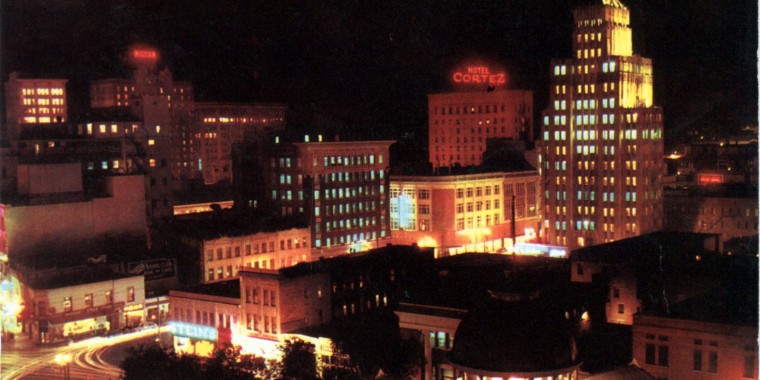 El Paso’s battle for historic preservation has been fraught with many ups and downs. As citizens of this amazing city we have witnessed many stunning achievements made on this front, along with some devastating setbacks. Last July the city was granted an opportunity to reap the benefits of a new historical survey of Downtown El Paso, which would have followed with the establishment of a National Historic District. If the project had passed through city council, it would have carried with it a series of benefits for business owners interested in repurposing our unique downtown architecture. Unfortunately, to the dismay of many and at the expense of El Paso’s promising future, our representatives saw fit to deny a $56,000 matching grant from the Texas Historical Commission and an additional $15,000 from the Summerlee Foundation that would have funded most of this project. With the exception a few visionaries who have sought to pursue the dream of a renovated downtown by their means, the future of our city has been stuck in a state of limbo for decades. That is, until now.

Seeing the potential that was lost by ignorantly rejecting such an opportunity, El Paso’s four County commissioners have decided to bypass the city altogether and aid this monumental undertaking. They have received the support tens of thousands of El Pasoans along with the Texas Historical Commission and the National Trust for Historic Preservation. These organizations are two of the most powerful preservationist institutions in the United States. If the plan passes through the County this coming Monday, February 8th a comprehensive architectural survey will be carried out in downtown El Paso, from Arizona Ave. to Rio Grande, and from Cotton St. to Union Plaza. Immediately afterward, downtown El Paso will be nominated as a National Historic District. As a result, businesses and entrepreneurs will receive federal and state tax credits that could cover up to 45% of the cost of renovations in state and federal taxes.

There were several misconceptions that provided opponents with fuel to prevent this from happening last year. I would like to take a moment to clear them up. First and most importantly, if a building is considered part of the historic district there are absolutely no regulations placed on the property owners. They are free to do with their buildings as they please; all private property rights remain intact. To obtain these tax credits, however, owners would have to follow state and federal guidelines. Only income producing properties would be eligible for the credits, but fortunately, most of the buildings downtown are commercial in nature. Just to be clear, even a home office could qualify as income-producing. This would present a huge opportunity for restaurants, bars, or any enterprising individual looking to lower the crippling cost of starting or maintaining a business. Downtown is beginning to take on its own unique flavor, attracting a steady flow of native El Pasoans and tourists alike. This opportunity would open the floodgates for new attractions and stimulate heritage tourism on an unprecedented scale.

All that we at the Texas Trost Society humbly request is that you take a few minutes to write to your county commissioner in support of the survey. Simply forwarding this announcement to them would be of great help.

Do not let this chance to mold our city into something greater slip through our fingers once again.